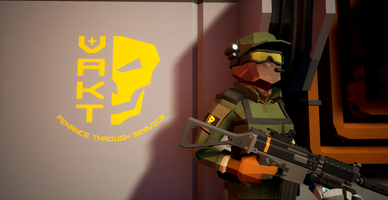 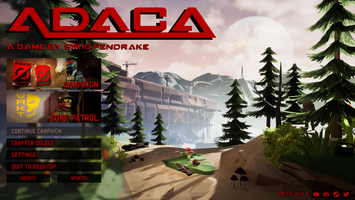 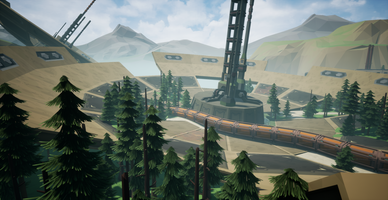 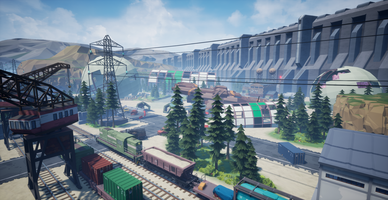 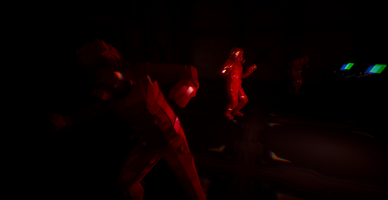 This update primarily features massive improvements and changes to the Zone Patrol mode as well as a fair bit of new content!

However, there's also been a good amount of bug fixes and polish for the Campaign and new player experience in general.

All and all, its a big one and the change log is not entirely comprehensive; a lot of changes end up getting made and then not properly recorded simply because there's so many and most are very subtle.

In addition: I'm beginning to be able to nail down a more specific release window, likely July.

And ADACA will also very likely be joining a pretty massive itch.io bundle this June if all goes well. But more on that when I have things confirmed for myself.

-You can now begin a new Campaign at any time from this menu.

-Added Mission Debriefs when returning to the Hub level after completing Conscript Missions.

-New conscript mission that can be unlocked in Zone Patrol.

-Fixed a bug where AI would sometimes ignore enemies if other friendly NPCs were nearby.

-Fixed bug that was causing highlight effect not to work on Op Earhorn.

-Fixed objective indicator in Op Earhorn to not show several decimals when displaying its health.

-Fixed bug where the leaves of some trees could block bullets on Rail Head.

-Fixed bug where the compass was still visible when ‘Naturalist’ is active.

-Made it so that props on levels like ‘Gas’ and ‘The Breach’ should no longer disappear or act strangely when bringing them between different locations.

-Made it easier to move metal sheets in the underwater portion of ‘Tunnel Vision’.

-The Shard Rifle should now be able to damage power cores in power sockets.

-Fixed bug where NPCs would constantly speak their agro lines when unable to see their target.

-Fixed bug where some NPCs would leave their hats/hair floating above the ground when their rag-doll despawned.

-Fixed issues where terminals could sometimes be difficult to use.

-”Conscript Missions” is now referred to as “Zone Patrol” in all menus.

-You can now reset your Zone Patrol progress from the start menu rather than the terminal in the Hub level.

-Complete redesign on the ‘Custodian’ Quest.

-Change to how ‘Operation ArrowHead’ is unlocked: It is now a separate quest.

-Changed a quest step for ‘Vault No. 8’ to remove dependencies from other quests.

-Added a way to get into the secret room in Undermined.

-Removed Random objectives from Zone-Patrol and reintroduced them as short quests or as more organic discoveries.

-Various polish and improvements to Ep 2 levels like ‘The Zone’ and ‘Cathedral’.

-Removed the ATV from Op Earhorn. (It was unpolished and added little to the experience.)

-Changed how the grenade boxes work.

-Various improvements to Poltergeists in general.

-Various other changes and polish to weapon sounds.

-Various polish and improvements to PFX and their systems.

-Improved Quest tracking and saving systems so that the Zone Patrol save file should no longer get corrupted between updates.

-Many, many other changes and improvements that I forgot to write down…