-Ability to climb low ledges by pressing the jump key a second time.

-The player also has a max of 5 health; they can hold up to 3 health kits they find on the map, each one providing a full heal.

-Pistol: Fires 8 rounds in semi-auto. Auto reloads after a second of not firing from an infinite reserve. Can use both left and right mouse/triggers to spam fire at a faster rate.

-Shotgun: Single Pump-action with a tight spread. Alt fire launches a small grenade round from the lower barrel. Currently this alt fire is considered somewhat overpowered and may be turned into another weapon all together; the shot gun would be given a different alt fire in said case. Holds 20 rounds as well as 8 grenade rounds.

-Pulse Rifle: Fires full auto from a reserve of 160 rounds. Alt fire is a hard-light bayonet. Its simple but I love it so far.

-Railgun: Single-action mass-driving sniper. It holds 12 rounds. Does high damage and over-penetrates enemies. Alt-fire is a video scope calibrated to distinguish enemy silhouettes from the environment (This feature is still a work in progress).

-Husk: Common trash-mob; Wanders until it spots the player, rushes player and melees when in attack range.

-Grunt: Common ranged enemy; Patrols a location until player is spotted, attempts to either hold its ground or flank the player before preparing to take a shot. 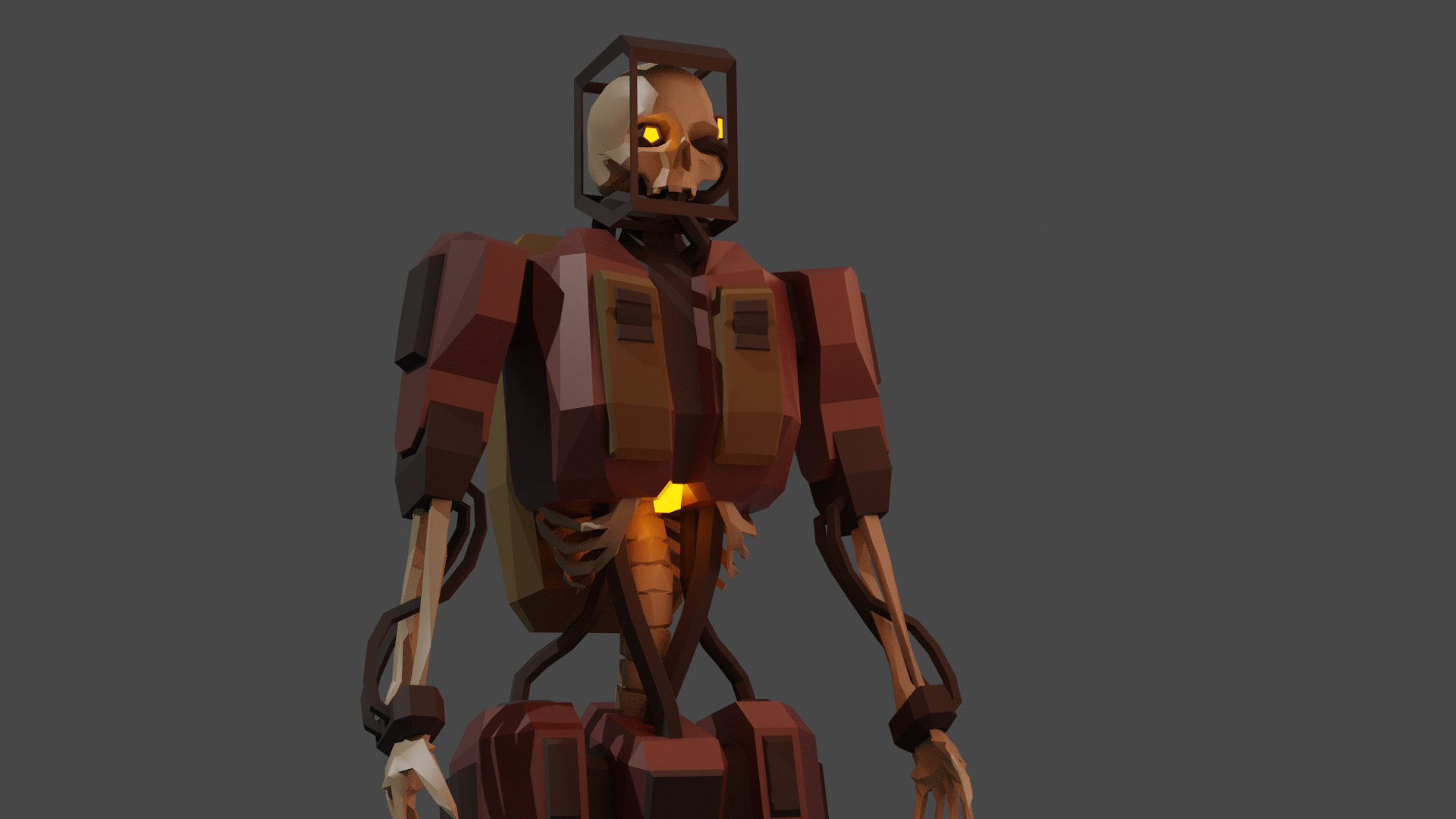 -Sentry: Stationary turret; Fires a sustained volley of slow moving bullets at the player when seen.

-Spider Tank: Armored mobile artillery; Holds a position and lobs mortars at the player from a fairly long range.

-Drill: Malfunctioning mining equipment; Will kite and charge blindly at the player after detecting them. Deals persistent melee damage with its giant spiny drill face. Model is still a work in progress.

The game as a whole will likely be set up as one large, interconnected and non-linear dungeon for the player to openly explore. Progression will be fairly light and I also have plans for a sort of quest-based system, though this is still very early on. So far a couple of environments have been built for the purpose of play-testing and generating a vertical slice of how I want the overall feel of the game to be.  I'm definitely going for a dark and surreal atmosphere.

-Early Hub: Still very much a work in progress.

-Small Dungeon: Built as an example of what kind of level design I want to employ for this game. Its a simple two-wing layout that wraps back around on itself. The design feels good so far and is set to be included in the future Alpha Demo; with further iteration it'll likely ship with the full game as a small early area. 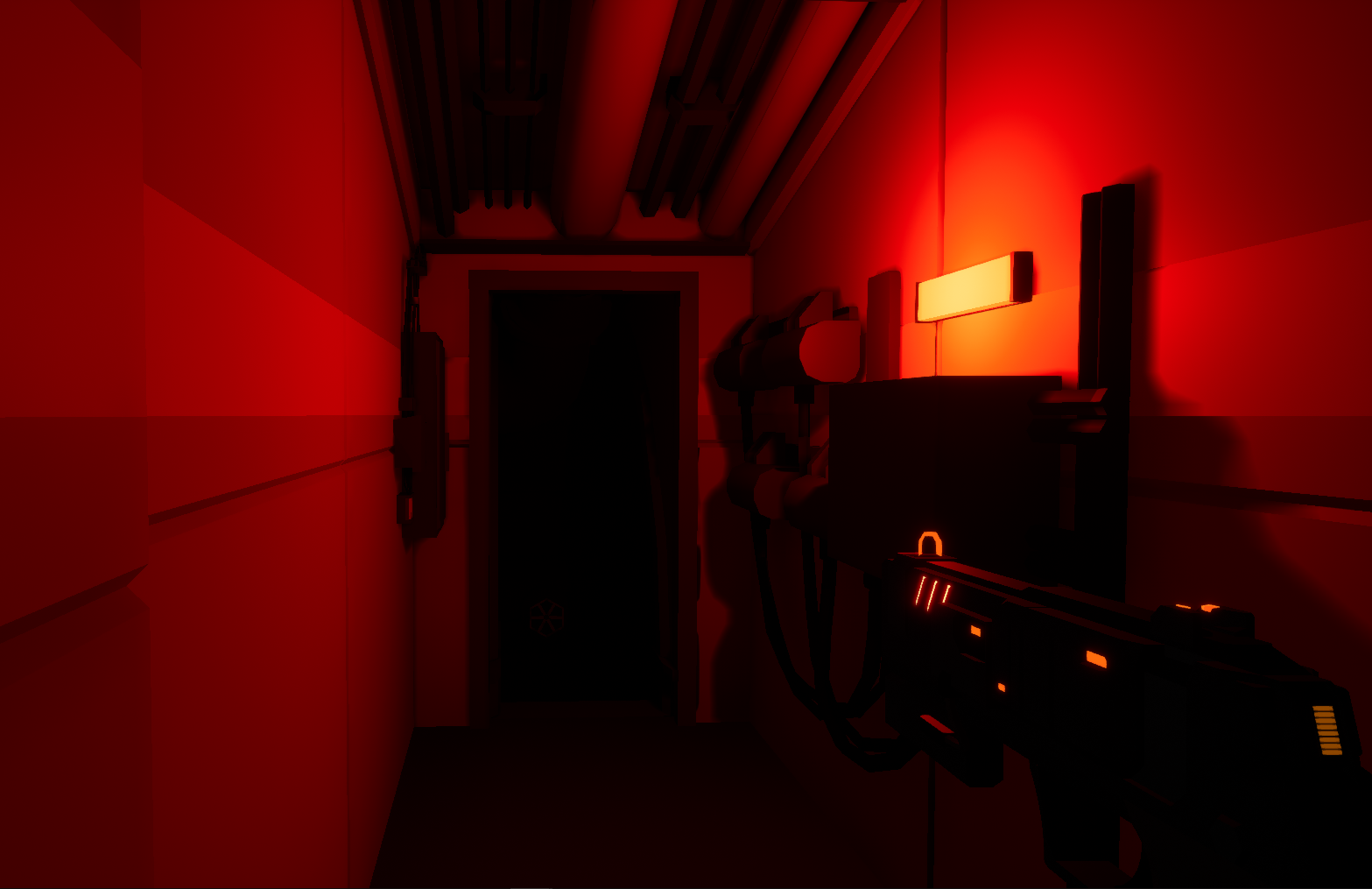 There's also a couple of little offshoots that hold their own secrets...

-So far the basics are covered: Simple Main Menu and Pause screen, as well as a functional Settings Menu and save system. 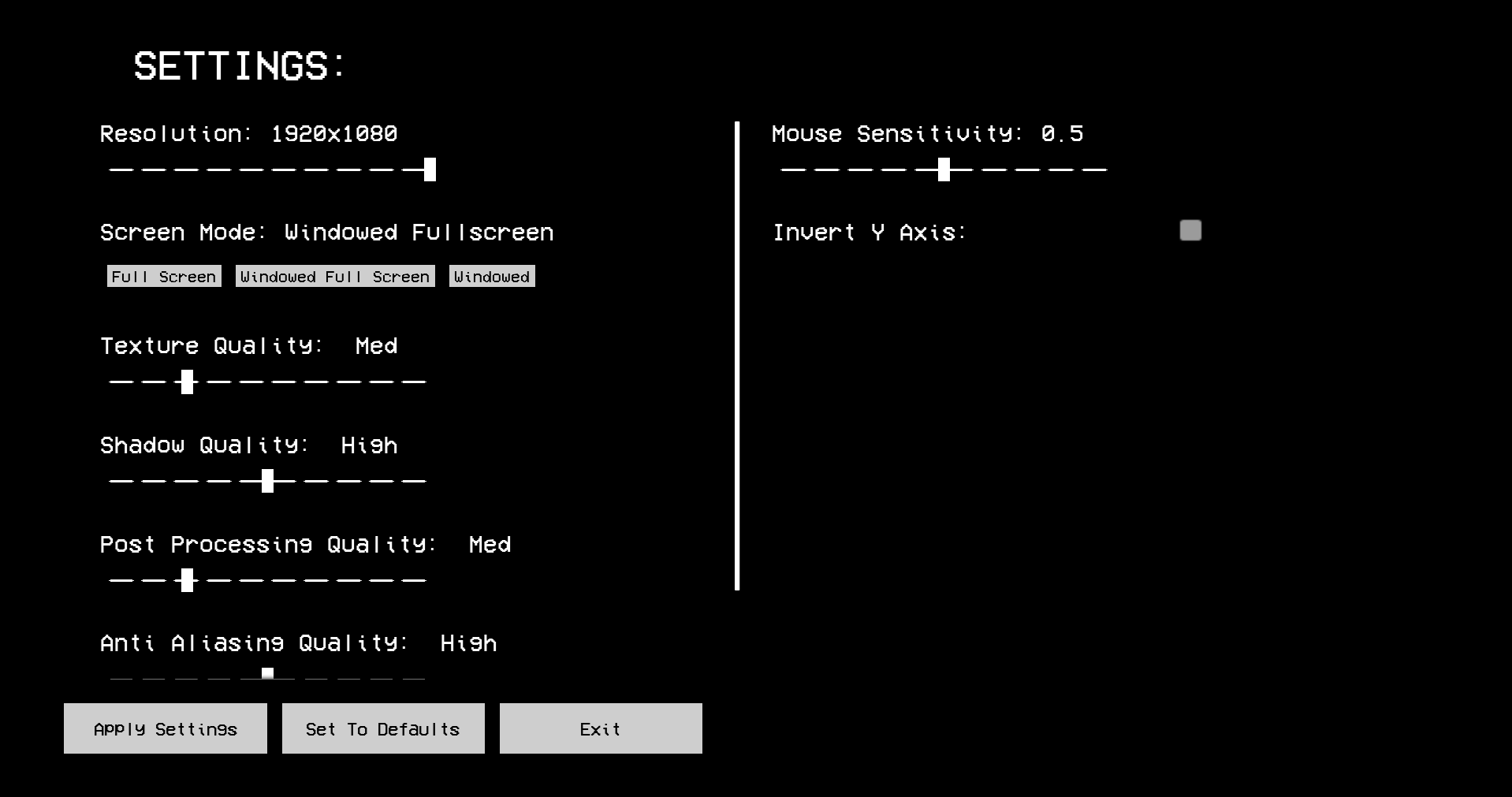 -Control rebinding is planned but not yet implemented.

-Controller support it a potential feature as well, in the future.

-The game will save progress as set Safe Rooms that need to be manually discovered and activated by the player.

-So far performance is no issue at all; I can easily hold 60+ fps on "Epic" settings, even while playing in editor.

However maps and scripts will still of course be optimized for consistent performance. The art style definitely helps to facilitate this.

Going forward my current plan is to create and polish a couple more levels in order to create a vertical slice for use as a public Alpha Demo and play-testing. This demo will be free to play at first; with a paid version once I reach the point where that makes sense. The paid version will likely be a fraction of the release price and will also guarantee ownership of the full version on release. However all of this is still not completely set in stone.

More updates will be given as progress is made. See you then!

Decend into the Machinescape in this RetroFuture, Horror Dungeon-Crawler